It takes a really good movie to silence the smart phones of a room full of NIMRI-ers, but the only lights flickering in the Jane Pickens movie house March 29 came from the big screen. Premiered at Sundance 2011, the gem “Connected, an Autoblogography about Love, Death and Technology” held the attention of NIMRI members for 85 minutes.

Afterward, the crowd spilled into Yesterday’s across the street to re-connect to their phones and each other, reaffirming the filmmaker’s message that human beings function maximally both naturally – and synthetically – as interdependents.

Organizational leadership expert Dennis Rebelo of University Business Consultants sponsored and introduced the film, which was written, produced and directed by Tiffany Shlain, founder of the Webby awards. Viewers anticipating a trek through how social media is overtaking the universe were surprised – and deeply moved – when things got more personal. Shlain had initially intended for the film to talk about technology and where the human race is heading. But the plot takes a sad turn when her beloved father Leonard, a renowned surgeon and best-selling author, is diagnosed with brain cancer as Shlain herself negotiates a high-risk pregnancy.

There couldn’t have been a better plot device than hospital visits to humanize this technological coup of a movie. Shlain’s father is so brilliant and charismatic that visits with him are part classroom and part favorite grandfather. Through him, Shlain’s larger message about where the human race is trying to go via technology is somehow made palatable even to those who fear and loathe technology. The takeaway from the movie is really that humans seek out connection naturally, and do their greatest work in collaboration with others — and technology is simply a tool to support that. Technology is so often accused of thinning out human interactions, but Shlain’s magnified look at a family dealing with crisis shows how it can also deepen those connections.

Unfortunately, Shlain’s father died before the movie was over, and viewers are bounced into a reality of technological limitations that reminds us that we are still more human than ever.

Part memoir, part documentary, “Connected” is packed with animation, home movies and statistics, narrated by Shlain in a fast-paced, upbeat style that keeps the viewer running to catch up, mimicking the social media exercise of being everywhere, all the time. 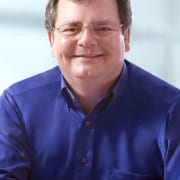 Revenue Expert Shares Proven Strategies on How to Increase Sales 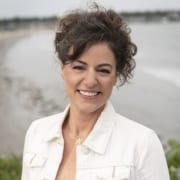 Podcast like a PRO: Get going, get listeners & grow your brand! 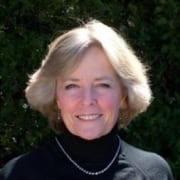 Drive More Leads and Sales: What Works & What Doesn’t