On Tuesday, June 25th, a panel of four local professionals spoke at the launch party for AIBPconnect at The Firehouse Theater. Each panelist explained how the project has the potential to grow the Newport economy and improve the quality of life for residents and business owners—NIM is recognized as a great center of leadership to get the people involved.

The Aquidneck Island Broadband Project (AIBP) aims to provide public access to the fiber optic network that is already on Aquidneck Island, bringing better, faster Internet to homes and businesses. It’s no secret that the Internet speed on the Island can be very slow, and it’s becoming more of an issue as the use of Cloud-based services rise and the number of stay-at-home businesses and work-from-home professionals increases.

To move AIBPconnect forward, the nonprofit needs to gather internet speed data from Aquidneck Island residents. Ron Corriveau of COS Systems explained that gathering a baseline of data can provide tangible proof that there is a need for access to the fiber optics network, OSHEAN or a comparable network. The more residents who take the speed test, the more evidence can be recovered, and the faster fiber-based broadband internet will boost the island’s economy.

The panelists — Corriveau, the City of Newport’s Paul Carroll, CEO of OpenWide Networks Andrew Cohill,Town of Middletown IT Director Matthew Wainright, and Stuart Freiman of Broadband RI —supportAIBPconnect’s goals and expressed hope that the people and the City of Newport will support the project as well.

From Left: Corriveau, the City of Newport’s Paul Carroll, CEO of OpenWide Networks Andrew Cohill,Town of Middletown IT Director Matthew Wainright, Stuart Freiman of Broadband RI, and Ron Corriveau of COS Systems

Lack of attention from business located over the bridges — Aquidneck Island needs to attract businesses to the area. An increased amount of businesses would result in a stronger local economy and would require stronger political will. “If you can get the political will to move forward, it’s not particularly difficult” to have officials support a cause, Freiman said.  To “position [Newport] ahead of the century,” Carroll says, “the Island must provide a competitive advantage and vital tools for businesses to flourish.”

Lack of support for Cloud-based services — As technology relies more and more on Cloud-based services, a better broadband system needs to be in place. One fact the panel reiterated was a percentage of businesses on Aquidneck Island are run from home and/or are international companies. According to Cohill, an estimated 5 to 10 percent of Newport residents work from home full-time and 15 to 20 percent work from home part-time. Cohill stressed “neighborhoods and businesses have to deliver “business-class services to individual homes.”

Measuring “asymmetrical speed” is one component of AIBPconnect’s speed test. Asymmetrical speed occurs when the download speed and the upload speed are different. It’s not a good thing, because it disrupts the efficiency of Cloud speed. If you use popular services like Skype, Google+ Hangouts, or web conferencing, this is the source of your lag and poor quality.

Lack of education among the community about Internet options like fiber optics — The main challenge of bringing fiber optics to Aquidneck Island is raising awareness about it. The problem exists, it is just a matter of letting people know that there is a solution.

Freiman pointed out that “expanding the quality of infrastructure and making sure everyone has access to the internet” is one of Rhode Island’s state goals. Some of the poorest communities in the United States have improved because they invested in better broadband systems. Across the United Statescommunities are seeing smart growth from high-speed broadband.

Although a fiber optics system would benefit Aquidneck Island, it doesn’t necessarily mean that ‘if you build it, they will come, ’you have to show them’ ” concrete evidence that it will improve the quality of life at home and increase efficiency for business.  “We need to start doing it all together,” by working with closely residents and officials, Middletown IT director Wainright said.“It’s a step in the right direction.” 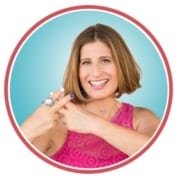 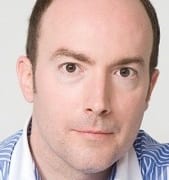 What Is Corporate Strategy?

Networking, Drinks, and Views Over Newport